After a major disaster the President can issue an official Major Disaster Declaration for the affected area. This declaration provides FEMA Public Assistance (PA) Grant funding to those communities impacted by the disaster. Besides providing the funds to rebuild, the FEMA PA Program also provides additional disaster mitigation funding to put measures in place to prevent future loss of property and infrastructure, which can have a beneficial impact on the community as a whole.

In order to qualify for disaster mitigation grants, the planned projects must be deemed to be cost-effective—that is, the estimated benefits outweigh the cost of the project itself. FEMA has two separate programs that provide hazard mitigation funding: the 404 and the 406 Hazard Mitigation Grant Programs (HMGP). 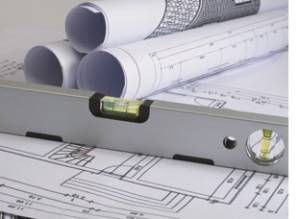 The 404 HMGP funding isn't only for the applicants' facilities that were damaged during a declared disaster; rather, 404 funding can be applied to any eligible applicant's facilities in the state the declared disaster occurred, even if undamaged. The 404 mitigation program focuses on the impact of repetitive damages stemming from past disasters, and looks forward at how to mitigate losses from future similar disasters through funding new or improved facilities.

The 406 mitigation program, in contrast, focuses exclusively on the current declared disaster and the damage sustained as a direct result of that disaster. Under this program, FEMA will not only fund for the repair and replacement to bring the damaged facility back to its pre-disaster condition, but will also provide further funding for modifications that can help prevent similar damage in the future.

Disaster mitigation is important on many different levels. It bolsters local infrastructure, leading to more resilient communities. It increases community safety, bringing about the potential to save lives. And finally, there are the economic impacts of improved design, lessening the overall economic strain from future disasters.